The concept of the first One-Man-Octocopter allows the user a completely new and unique flight-experience. The aim of the project is to construct a flying machine in which the body center of gravity of the pilot is approximately equal to the intersection of all control-axes of the aircraft. In addition, it should be as lightweight, small and environmentally friendly as possible. The result is an electrical-sporty aircraft, which anyone can fly without concerns and with a high level of security. 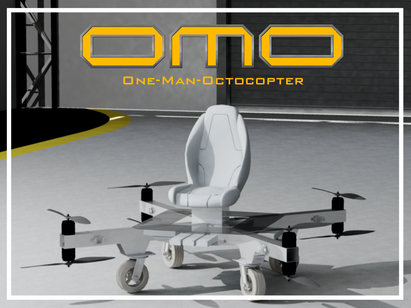 USE THIS TO SUPPORT MY OMO-PROJECT :)